In Icod you can enjoy local wines, breathtaking views and 10 km of coastline, as well as visit the Drago Milenario, one of the most important natural, cultural and historical symbols of the Canary Islands.

In the municipality of Icod de los Vinos, in the northwest of Tenerife, is the Cueva del Viento-Sobrado, the largest volcanic tube in Europe and considered the fifth largest in the world after the four located in Hawaii, with a development of more than 17 kilometres and a multitude of underground passages inside.

In Icod you can enjoy local wines and breathtaking views.

What to do near Drago Nest Hostel ?

Loro Parque - An adventure for the whole family Loro Parque is one of the most popular zoos in the world.

El Teide - Tenerife and its volcano

El Teide - Tenerife El Teide ( Tenerife , Canary Islands ) is but above all was one of the most important 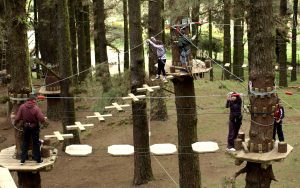 Spend a day in Forestal Park near Aguere Nest Hostel among ziplines, high ropes and Tarzan swings in the treetops, in the heart National Park of Teide.

Read more
More stories
You made it all the way to the end Thank you!

We're driven by closeness and we'd love to hear from you. Shall we talk?